Michael created McQuilkin Family Music Hour in the spirit of celebrating families who play music together. 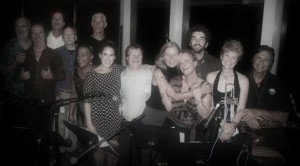 McQuilkin Family Music Hour had its first show in San Geronimo Valley on December 15, 2012 with an audience of about 75. For the second show two months later, there were over 200 people! Clearly the word had gotten out about this very special idea – bringing local families together to perform for their relatives, friends, and community.

Since then MFMH has had ten more shows and has appeared on KWMR Radio’s “Release Me” and “Swimming Upstream” and will be aired again on Marin TV Channel 26 this summer.

You can find McQuilkin Family Music Hour on Facebook and learn more about this exciting event!